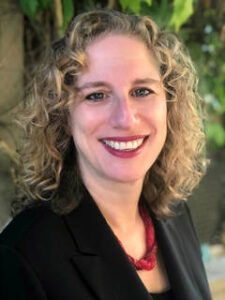 Rabbi Ruth A. Zlotnick has been described by her community as a teacher of Torah and Jewish values and is beloved for her gifts of knowledge, leadership, and counsel; inspirational worship services; and creative programming.

Rabbi Zlotnick previously served as Rabbi at Temple Beth Or in the Township of Washington, New Jersey and as Associate Rabbi and Director of Lifelong Learning at New York’s Central Synagogue. She also worked as Associate Director of Programs at Synagogue 2000, a national project aimed at revitalizing synagogues from all streams of American Judaism. In the New York-area, she taught at Hebrew Union College-Jewish Institute of Religion (HUC-JIR) and Fairfield University. She currently sits on the Board of the Central Conference of American Rabbis and the Advisory Board for the Center for Religious Wisdom and World Affairs at Seattle University.

Rabbi Zlotnick is a graduate of HUC-JIR where she was ordained in 2001. She earned a Master of Hebrew Letters from HUC-JIR; she also holds a Master’s in the Philosophy of Religion from Yale University and a Bachelor’s degree in religious studies from Wesleyan University. 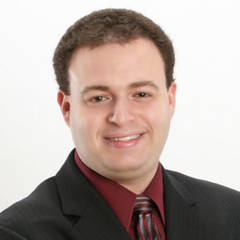 Rabbi Jason R. Levine serves our community in many capacities with a focus on our youth, relationship-building, and creating avenues for creativity, innovation, and discovery in our shared Jewish journey. Rabbi Levine shares worship leadership and life cycle officiation with Rabbi Zlotnick and Rabbi Benson, as well as supervises the Beth Am Temple Youth (BATY) program and Director of Youth Engagement. In addition, Rabbi Levine teaches our URJ Introduction to Judaism course, 10th Grade Covenant Renewal, Downtown Brown Bag, Parsha & Poker, as well as numerous other learning opportunities for both our youth and adult communities. Rabbi Levine also supports various retreats, camp, and immersion programs, including organizing an 11th-12th grade trip to Washington D.C. to participate in L’Taken, the Religious Action Center’s social justice seminar.

Rabbi Levine is involved throughout the larger community in social action, advocacy, and young adult engagement, including sitting on the Government Affairs Task Force for the Jewish Federation of Greater Seattle, participating in the Young Adult Engager Network, and serving as a former Chair of the Washington Coalition of Rabbis. Rabbi Levine is always excited to make one-on-one connections with new people and welcomes the opportunity to meet and share new ideas.

Rabbi Levine joined Temple Beth Am in 2013 as Assistant Rabbi after being ordained by Hebrew Union College-Jewish Institute of Religion and was promoted to Associate Rabbi in 2015. Originally from the Midwest, he graduated from Cornell University with degrees in Neurobiology & Behavior and Near Eastern Studies. His background is in both formal and informal education, Jewish community building through Hillel, interfaith efforts, and a range of other Jewish organizations. 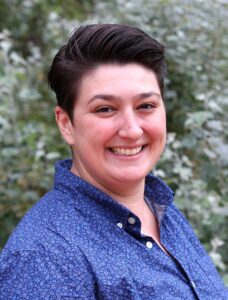 Rabbi Dana A. Benson is a strong believer in spiritual accessibility and seeks to help learners find value from our tradition even in every day moments. They have been described as a compassionate and inspirational teacher, thoughtful leader, and someone who brings light and fun everywhere they go. In her role, she connects with students and their families to discover and implement engaging educational opportunities and supports teachers, lay leaders, and parents in their roles of creating the next generation of kind, thoughtful, and socially aware Jewish adults.

Rabbi Benson previously served as the Assistant Director at Hillel at the University of Washington in Seattle and as the Senior Jewish Educator at Michigan State University Hillel and the Hillel Campus alliance of Michigan. During Rabbinical school at Hebrew Union College – Jewish Institute of Religion (HUC-JIR) in Cincinnati, Ohio, Rabbi Benson served as a teacher and lead staff member at Kulanu, a Reform Jewish High School, and also ran retreats for high school and college students in their role as a Rabbinic intern at HUC-JIR’s national office of recruitment and admissions. When not crafting curriculum and connecting to students and their families, Rabbi Benson loves to sing, play board games, enjoy musical theater and opera, and watch her partner, Gina, play roller derby for Rat City Roller Derby.